In a joust, two opposing players touch the ball simultaneously above the net. After the joust, the team that continues to play the ball may play the ball three times. 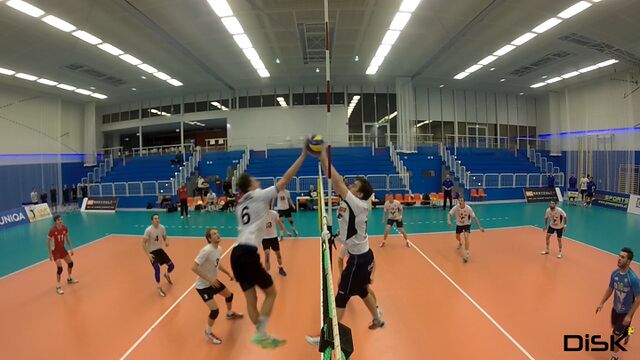 When you load this media, content is loaded by the service providers and your IP address is transfered to them.

Med. 26: Joust (Out)
After the joust the team on the left gets the point, because the ball goes out on their side.