Result of the coin toss 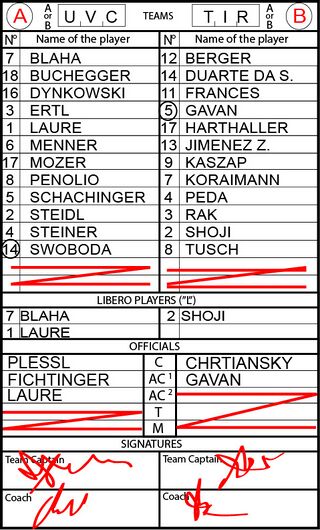 Afterwards, the coaches and captains of both teams must sign the score sheet. This is done below the respective player list. Afterwards, the empty spaces in the players list and the list of officials are cancelled by crossing them out. 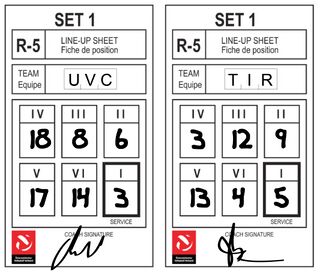 After "A" or "B" have been assigned to the respective teams, the right to service or receive will be marked ("S" service, "R" reception), according to the choice of the teams at the coin toss. The first service player of the team starting with the service is immediately marked with a small line (UVC, player 3), the first player of the team which receives can be devaluated, as this player can, under no circumstances, serve in the first rotation (TIR, player 5).

Afterwards, the player numbers are noted down in the game report according to the line-up sheets in the corresponding field of the first set. 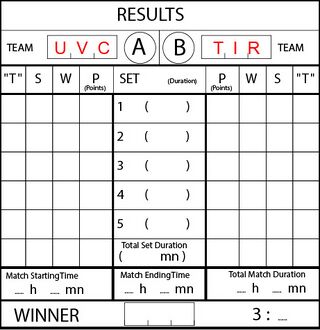 Finally, the respective team abbreviation is assigned to the letters "A" or "B" in the "Results" column.